Top Posters In This Topic

"I would much rather see an aftermarket attempt to build a moment platform that: 1.  Matches alignment with crown/tube holes 2.  Accept genuine/aftermarket calendar wheels 3.  Accept ge 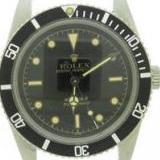 Looking to fool people isn't what this hobby is about and if you think any watchmaker who has worked on genuine Rolex movements is going to be fooled by any clone movement, you are deceiving yourself

I wan to share some helpful information while we are talking about dealing with MQ, Rubywatch, etc.    Because I consider you all my friends here for how generous you have been with information and he